Swords of Gargantua Review: Beat Up Big Bads With Buds 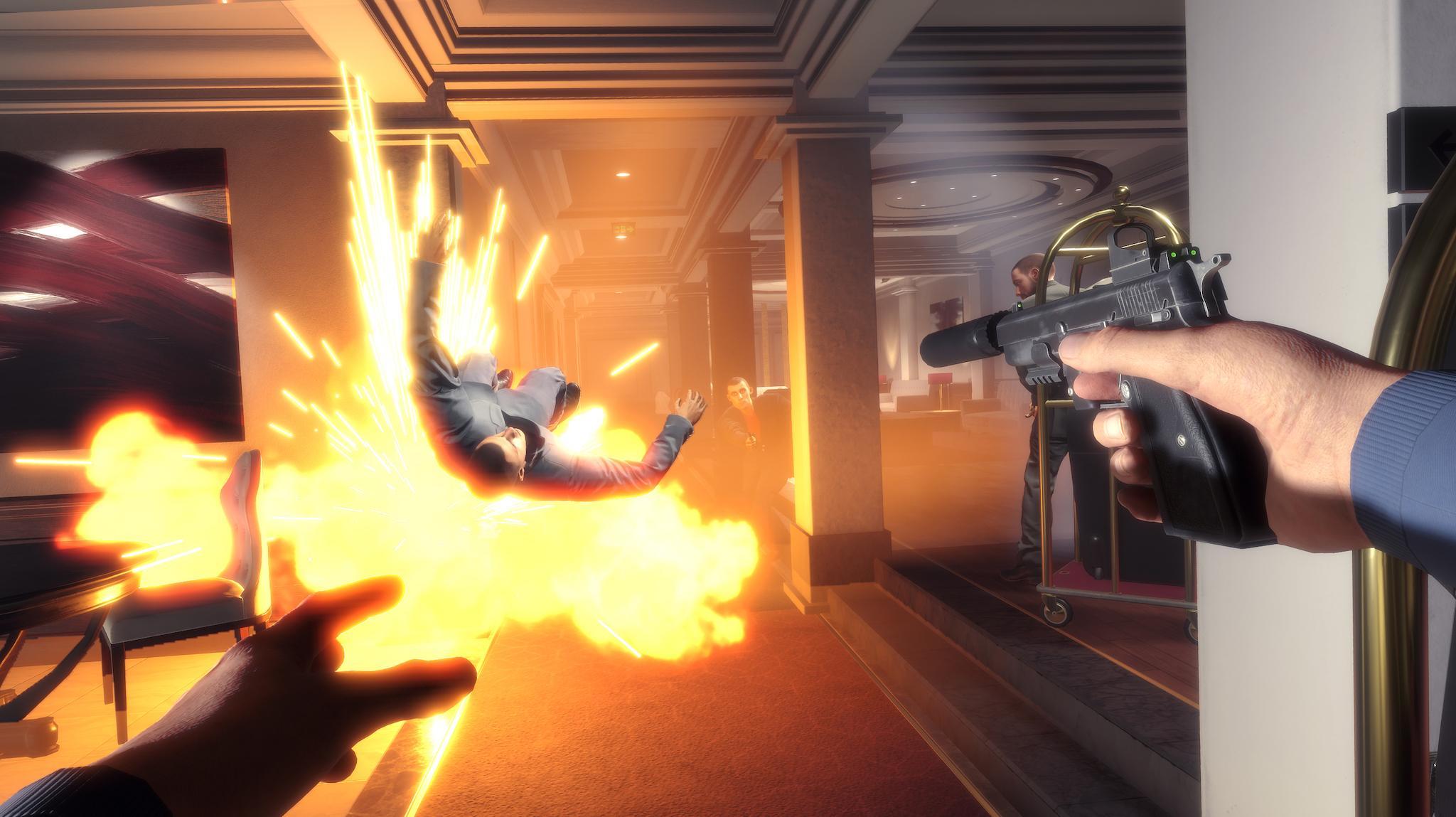 Insomniac Games’ Stormland is coming to Oculus Rift next month, and the game is shaping up to be an engrossing open-world adventure. However, it is also hiding VR fitness potential made possible by its climbing system.

Speaking to the Oculus blog, principal designer Duncan Moore explained how climbing evolved during Stormland’s development. Initially, a system was in place that only allowed you to climb on a small number of surfaces. Eventually, this made way for a system that could let you climb on any surface, opening the door for new traversal options. You use your body to climb in Stormland as you would in real life. This means reaching up in front of you and miming a climbing motion to go up a surface. If you want to get truly vertical, you’ll have to do this a lot. The size of the world should make this a great way to break a sweat during gameplay.

Hailed by PC Gamer as arguably “the best VR game of 2019,” Stormland lets you explore, climb, and fly through an expansive android civilization with open-world elements.Mike and I were caretakers of the game pillars and worked with everyone on the team to steer Stormland towards fun and innovation at all times.

“Seeing your full body animating and moving with you locks you into that character in a way many other VR games aren’t achieving,” Moore added.

That’s certainly true, with some other VR games limiting movement to a set path or smaller enclosed area.

It’s an element that helps push VR toward something it has perhaps aimed at since its earliest days: eschewing standard genre labels. For some players, Stormland will be their open-world role-playing game of choice. For others, it can be a great fitness choice, especially if you bring a friend along for the fun. The science-fiction setting and weapon handling won’t hurt, either.

Stormland will come to Oculus Rift on November 14, but it’s unlikely that a sequel for Oculus platforms would come from Insomniac Games. The studio was acquired by Sony earlier this year, meaning future projects with VR fitness elements could instead come to PlayStation VR.

Stay Up-To-Date On All The Latest VR Fitness News

This article may contain affiliate links. If you click an affiliate link and buy a product we may receive a small commission which helps support the publication. More information here.

Swords of Gargantua Review: Beat Up Big Bads With Buds