Space Junkies Community Tournament To Include 3v3 and Crossplay

A metalens for virtual and augmented reality

Contact-Tracing Apps Flop in the US Online Cybersecurity Degree Pursue lucrative and in-demand roles with Utica College's 100% online cybersecurity degree. Youll choose from four specializations to tailor your degree to your career goals. Study at an institution designated as a National Center of Academic Excellence in Cyber Defense Education (CAE/CDE). Request Information » Researchers have discovered a way to identify existing drugs that can be potentially repurposed to fight COVID-19 in the elderly. The drugs are identified in an article published Monday in the journal Nature Communications by researchers from the Massachusetts Institute of Technology, Harvard University and ETH Zurich in Switzerland.

The researchers said they have plans to share their findings with pharmaceutical companies, but added that before any drugs can be repurposed for use on elderly COVID-19 patients, clinical testing will be required.

"Making new drugs takes forever," she said in a statement. "Really, the only expedient option is to repurpose existing drugs." 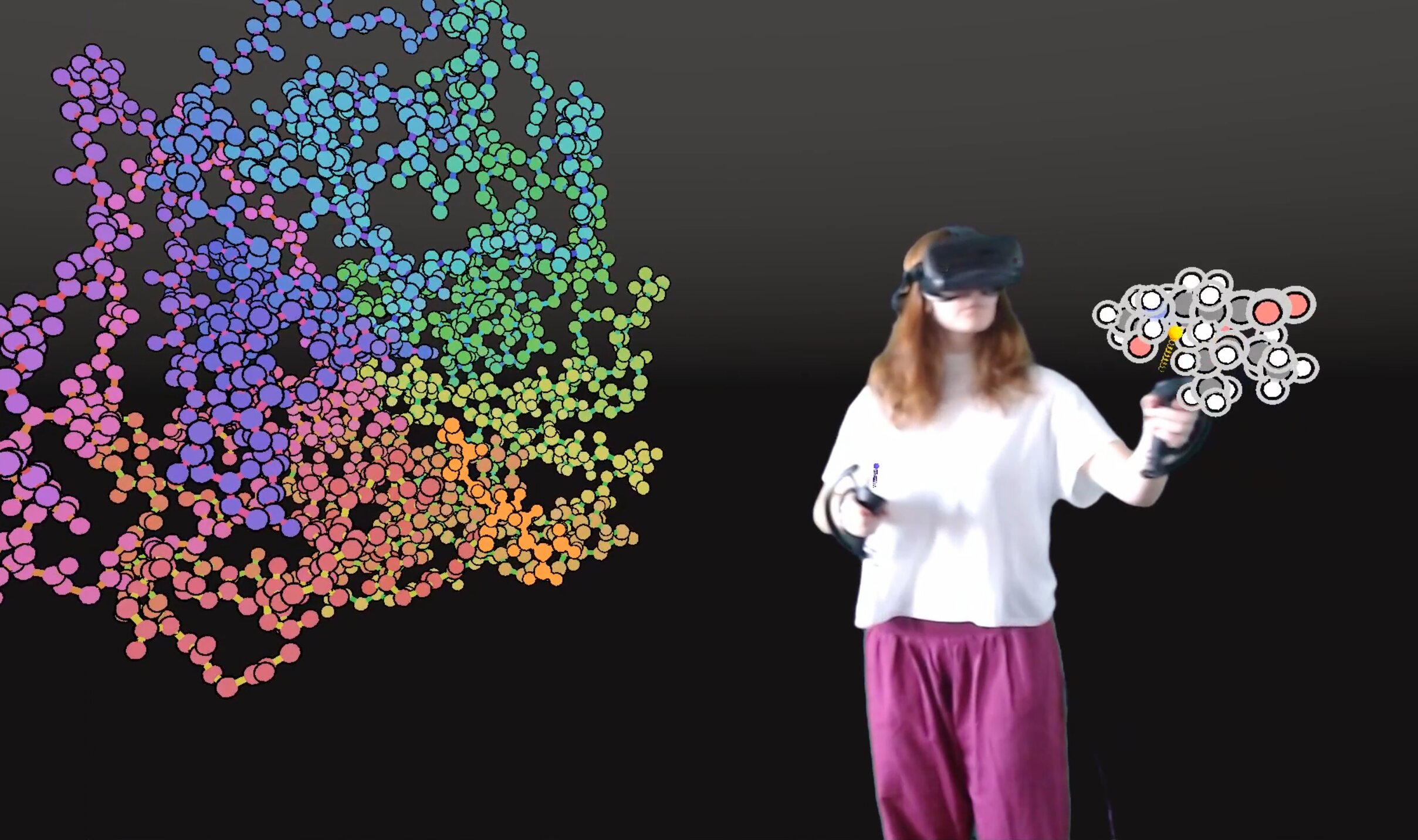 Researchers pioneer use of VR for designing new drugs

As it turned out, vaccines started appearing faster than Uhler's team identified drugs for potential repurposing, but that doesn't diminish the value of their work.

Uhler explained to TechNewsWorld that while data from multiple COVID-19 vaccines is very encouraging because it has shown vaccines protect against severe outcomes of the disease, such as hospitalization and death, it is still unclear how well the vaccines will reduce less severe outcomes, as well as long-term symptoms.

"In addition, vaccines are still scarce and expensive and it will therefore unfortunately take a while until vaccines will be available in all parts of the world," she said. "For these reasons drug discovery against COVID-19 remains important despite the speed at which vaccines have been developed."

When the pandemic broke, the researchers had good reason to believe vaccine development could take "forever." "Ordinarily, vaccine trials take a minimum of four years, so this was an unusually rapid event," said Dr. William Greenough, a professor of medicine at John Hopkins University in Baltimore.

"In the past, repurposing drugs could be done faster than developing a vaccine, but that's not true at this time," he told TechNewsWorld.

Repurposing drugs has advantages over creating them from scratch. "One of the most significant advantages is that they're already approved for use on humans," noted Dr. John Quakenbush, a professor of computational biology and bioinformatics and chair of the department of biostatistics at the Harvard T.H. Chan School of Public Health.

"They've passed basic safety tests and although they haven't been tested for efficacy against a particular target, we know that at the doses they're currently prescribed, they won't have significant adverse effects, or if there are adverse effects, we know what they are," he told TechNewsWorld.

In addition, while vaccines can protect people from being infected with COVID-19, a/k/a SARS-CoV-2, there are still millions of people who have contracted the disease who need treatment and could benefit from repurposed drugs.

"There are lots and lots of people who have COVID that we'd like to do something for," explained Elmer Bernstam, associate dean of research at UTHealth School of Biomedical Informatics in Houston.

"Right now, the treatments that we have are quite limited," he told TechNewsWorld. "If we have drugs already available, that's a much shorter path to something useful than creating a new drug or getting a new compound through the process."

Bristol scientists have demonstrated a new virtual reality [VR] technique which should help in developing drugs against the SARS-CoV-2 virus -- and enable researchers to share models and collaborate in new ways.

To identify potential repurposing candidates, the researchers turned to machine learning to identify changes in gene expression in lung cells caused by both the disease and aging.

With the machine learning system, a specific protein, RIPK1, was identified as a promising target for a repurposed drug by the research team, consisting of MIT Ph.D. students Anastasiya Belyaeva, Adityanarayanan Radhakrishnan, Chandler Squires, and Karren Dai Yang, as well as Ph.D. student Louis Cammarata of Harvard University and G.V. Shivashankar, a professor of mechano-genomics at the department of health science and technology at ETH Zurich in Switzerland. The team also identified three drugs on the market that act on the expression of RIPK1.

When beginning their research, the team focused on elderly coronavirus patients, since they were in greater jeopardy from the virus than other age groups. One of the prevailing ideas about why the virus had such a devastating impact on older patients was that their immune system wasn't as robust as younger ones.

But Uhler and Shivashankar pointed to another differentiator. As people age, their lungs get stiffer.

"Earlier work by the Shivashankar lab showed that if you stimulate cells on a stiffer substrate with a cytokine, similar to what the virus does, they actually turn on different genes," Uhler explained. "So, that motivated this hypothesis. We need to look at aging together with SARS-CoV-2 -- what are the genes at the intersection of these two pathways?"

"Instead of looking at all 25,000 genes in the human genome, they've been really smart in reducing their search space," Quakenbush said.

Even with search space reduced, the researchers still needed big data tools to solve their problem. Through an autoencoder -- a type of artificial neural network -- a large list of drug candidates was created. To do that, the encoder used two data sets -- one showed how expression in various cell types responded to a range of drugs already on the market, and the other showed how expression responded to infection with SARS-CoV-2. By comparing the two data sets, drugs that were promising candidates for clinical trials could be identified.

Uhler explained that, in its standard form, an autoencoder consists of two neural networks -- one that maps the data into a lower-dimensional space, and one that maps it back into the original space. The neural networks are trained so as to minimize the reconstruction error and thus the lower-dimensional representation is optimized to retain all the important features of the data.

In a study published in Advanced Materials Technologies, the team, led by Caterina Lamuta, assistant professor of mechanical engineering at the University of Iowa, as well as Sameh Tawfick and Nancy Sottos, professors at the University of Illinois at Urbana-Champaign, found that using twisted and coiled polymer fibers to create artificial muscles could produce lightweight smart skins that are capable of fine motion and shape modulation.

She added that the theoretical insight about the function class learned by autoencoders, which was critical for the team's drug discovery pipeline, may have wide-ranging implications. For example, the team is currently pursuing applications related to image restoration and inpainting.

That initial list was pared down by mapping the interactions of the proteins involved in the aging and Sars-CoV-2 infection pathways. By overlapping the maps, the researchers could identify the precise gene expression network a drug needed to combat COVID-19 in elderly patients.

With that information, the researchers eventually identified RIPK1 as a target for drugs that could be used to treat COVID-19 and identified existing drugs that act on the gene/protein so have the potential to treat the virus. Those drugs have been previously approved for treatment of cancer.

Other drugs identified by the researchers include ribavirin and quinapril, which are already in clinical trials for COVID-19.

Although this research was directed at the coronavirus, it could be used to fight other diseases. "It was an important goal of our work to develop a platform that is widely applicable and has the potential to help fight future diseases," Uhler told TechNewsWorld. "Our platform therefore only makes use of data that is available for many diseases and can quickly be obtained for fighting future diseases."

Space Junkies Community Tournament To Include 3v3 and Crossplay

A metalens for virtual and augmented reality

Contact-Tracing Apps Flop in the US