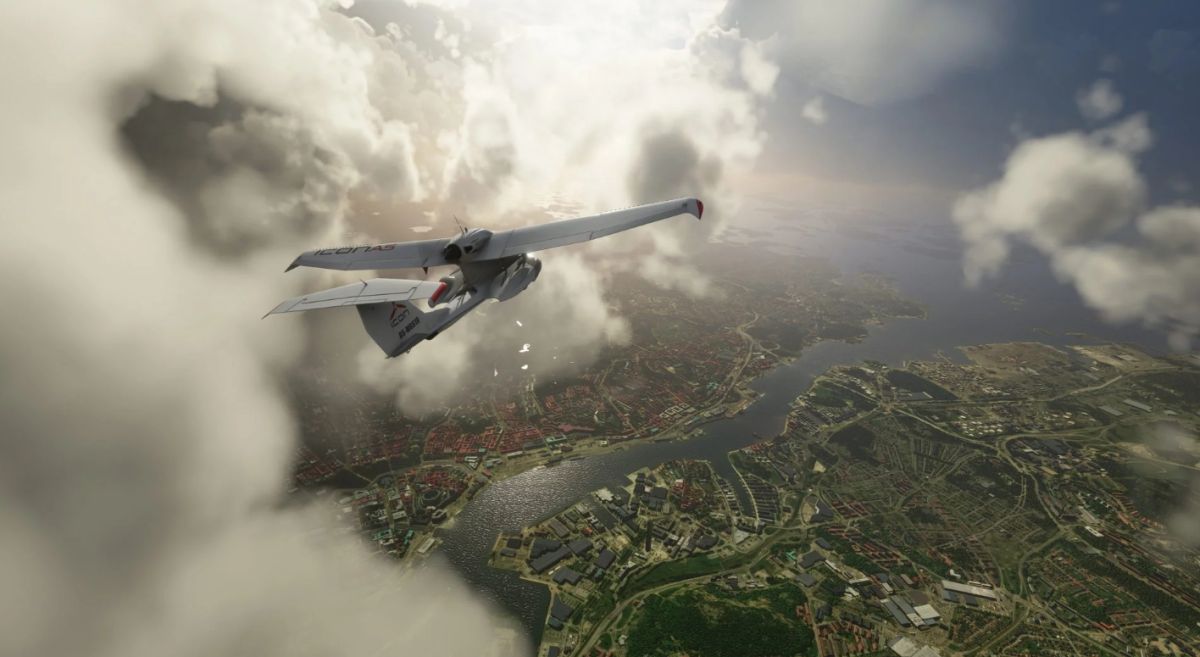 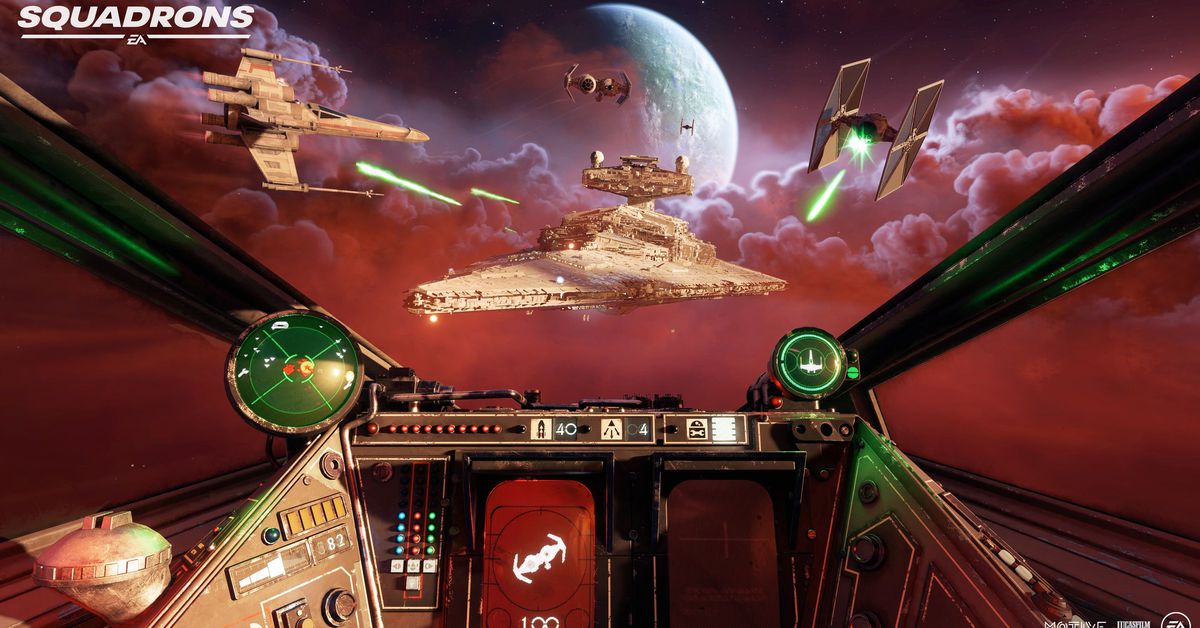 Microsoft’s new Flight Sim game is set to launch on the 18th of August 2020. It’s coming to PC and Xbox, available to buy outright or as part of a Game Pass subscription. As preview builds of the game make it into the hands of the media, excitement for the “game” is starting to peak. This excellent video by graphics gurus Digital Foundry showcases the truly next-generation nature of the new Flight Sim. One look at those gorgeous cockpit interiors and endless, flawless skies would make any VR fan rub their hands together. Unfortunately, while Flight Sim will have VR, almost none of us will be able to experience it.

What Is Flight Sim?

Before we get into why exactly the initial Flight Sim VR support is so incredibly limited, we should quickly recap what Flight Sim is.The series holds the Guiness record for longest continuous game series and the very first version was launched all the way back in 1982. Like most sims, Flight Sim isn’t really a game. It’s a highly-detailed simulator of aircraft flight. If you crank the simulation level all the way up, you’re basically doing exactly the same things real pilots have to do in order to keep their craft in the sky.

Microsoft Flight Simulator to Launch on Steam on August 18; TrackIR and VR Supported

Today we are excited to announce that Microsoft Flight Simulator will have TrackIR support available on day one, and VR support will be available later this year in time for the launch of the HP Reverb G2!

The latest Flight Sim is a real doozy. With a 150GB install size and system requirements that will make your eyes water if you want to get the best out of it, it’s not messing around

The object of the game is to take off from one location, fly your craft to a new location and then land. This might sound simple, but flying is hard! Flight Sim simulates an incredible number of environmental factors. All the instruments on your plane’s instrument panel work as they should. So you can actually fly using only your instruments, just as pilots do in real life.

You might have to as well, if you can resist the temptation of using the chase cam and stick to the cockpit. With ultra-realistic weather effects, visibility is always an important factor. Which brings us to Flight Sims groundbreaking real-time integration with internet-based data.

It Makes Playing Sports Thrilling. By now you know that virtual reality can make the sports viewing experience better. As it turns out, virtual reality can make playing sports a better experience, too. There are already simulations on the market that put you in the middle of a sporting contest to see how well you do. There are some additional props required, such as a machine for driving a bobsled down a mountain. It is a cool and one of a kind experience.

If you looked at the system requirements, you’ll see that Microsoft says you should have a 20Mbps internet connection to get the most out of Flight Sim. That’s because the incredibly detailed map of the Earth streams in as you fly. Even with a 150GB install, there’s just no computer with enough storage to keep it all in. The upside is that the game is synced with live weather data and the real-time position of real planes in the sky. Can you imagine, especially in these times of lockdown, slipping on your VR headset and flying from one end of the world to the other. Looking out over photorealistic landscapes as detailed clouds swirl all about you? It sounds great, right? Except that at launch the game will only support a single headset: the HP Reverb G2. What is the HP Reverb G2?

You’d be forgiven for not knowing the name of this headset by heart. It’s a high-end “no compromise” HMD created by computer giant HP. The VR version of Flight Sim is free for anyone who owns the base game and it’s likely that in future Oculus and other mainstream headsets will be included. However, the $600 HP headset will have to factor into your budget if you have your heart set on Flight Sim shenanigans in VR as soon as possible.

Perusing HP’s product page, the Reverb G2 seems to be aimed at both professional and entertainment markets. HP boasts the lenses are a new standard in the industry and they’ve tapped VR veterans Valve to help with the audio side of things.

Though the G2 uses LCD panels rather than OLEDs, these 2160×2160 screens promise perfect color consistency. It also offers a class-ealing 114-degree field of view specification. The purported price of $599 isn’t even all that expensive. I paid more than that for my Oculus Quest during the recent stock shortage.

Still, this is a weird move by Microsoft to target a headset no one has, given that the G2 is only set to ship in September of 2020. Is it a deal between HP and Microsoft? I haven’t read anything to that effect, but it does feel like it.

Save 30% on Mars Flight VR on Steam

Unless you want the G2 for other reasons, I don’t think any Flight Sim enthusiast should run out and buy one of these new headsets when they become available, if you already own a Vive or a Rift. One of the reasons I say that is because Microsoft is adopting a new strategy with their games. Thanks to Game Pass, you don’t need to buy Microsoft games anymore. Though you still can. Instead, you pay a small subscription fee and get access to their first party games, as well as a rotating selection of third-party titles.

Microsoft’s own games are, at least in part, now a permanent service. So Flight Sim will be constantly updated as time goes by. To take new hardware into account and to add new features. Even if there is some sort of exclusivity deal between HP and Microsoft, it can’t be a permanent arrangement. So I suspect we’ll see support for other headsets sooner rather than later.

As we approach the launch of the HP Reverb G2, look out for a deeper dive into this next-generation headset. If it’s really as good as HP says, they won’t need a sim like Flight Simulator to sell it! 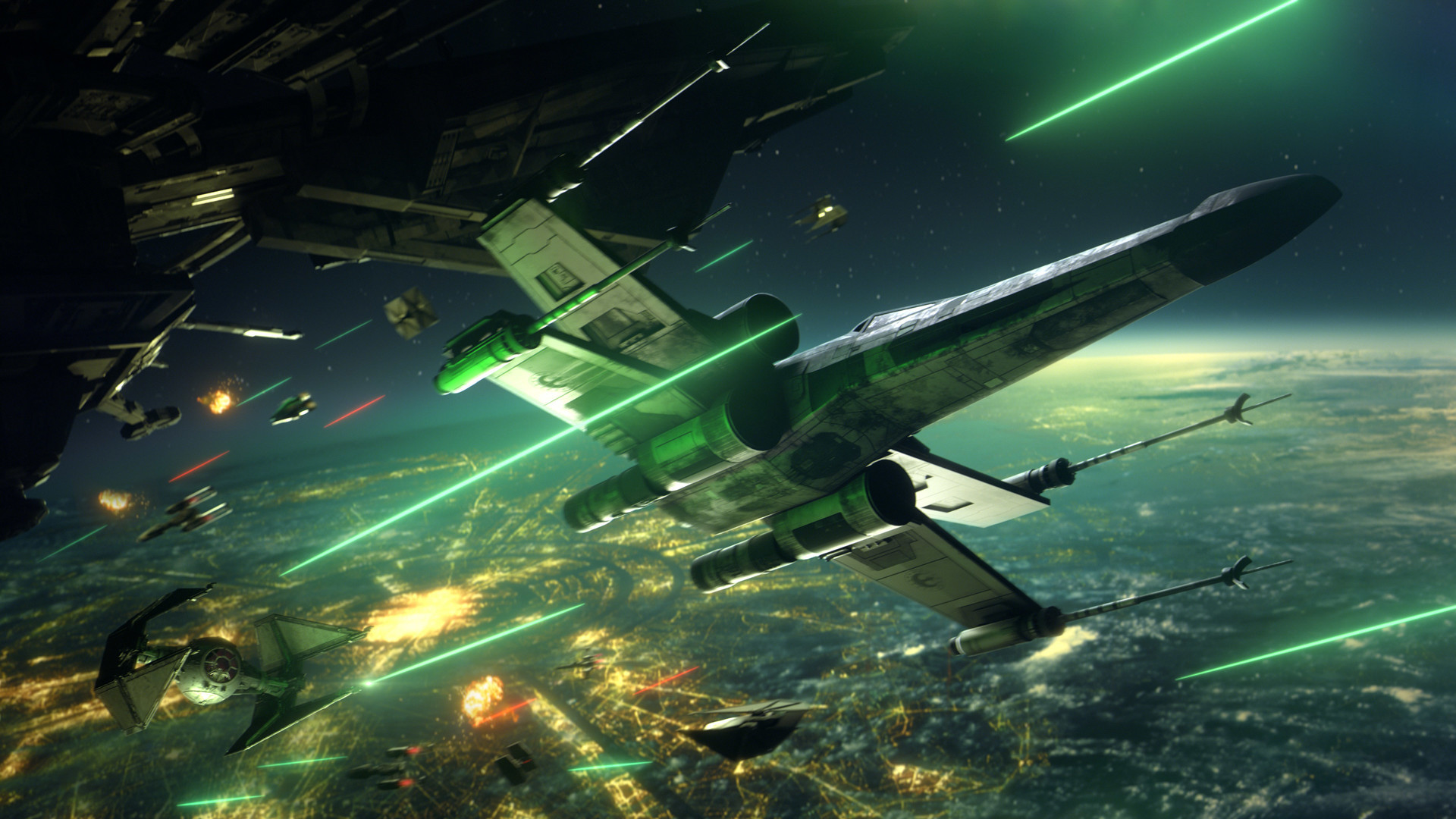 Star Wars: Squadrons will have a “hardcore mode” that turns it into a flight sim