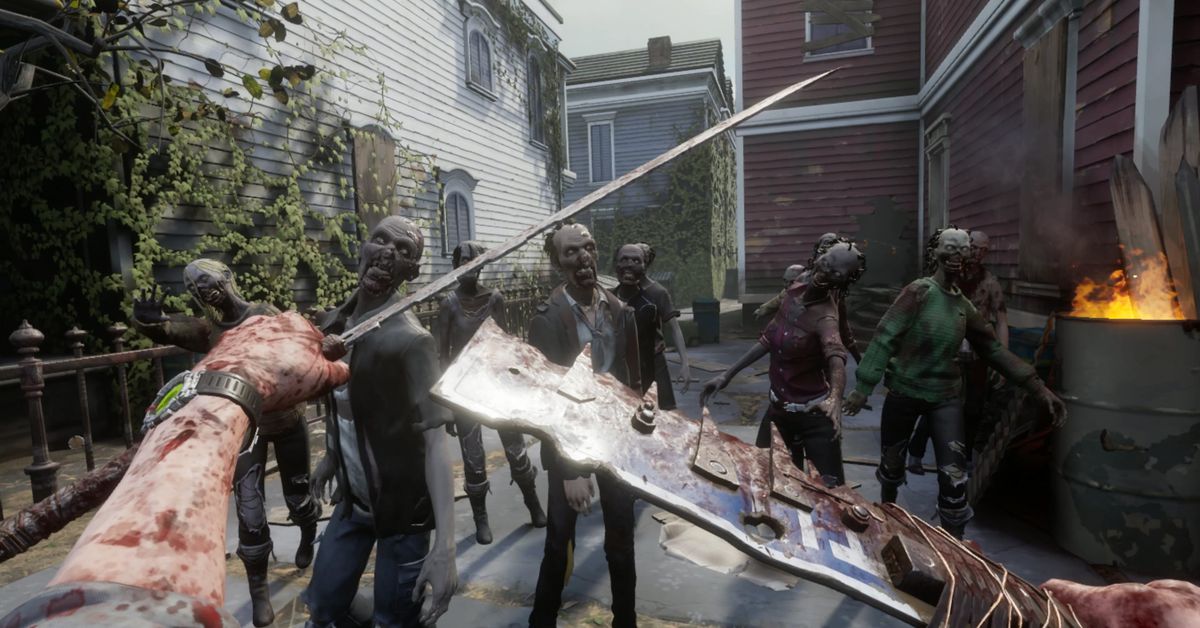 A personal review of Half-Life Alyx

Making a VR Game with UE4 & Publishing It

Medal Of Honor: Above and Beyond Is Pushing The Classic Franchise Forward In Exciting New Ways

Medal Of Honor: Above and Beyond was announced last year, but you wouldn’t be blamed for not knowing too much about it. It’s being developed by Respawn Studios (Titanfall/Apex Legends/Star Wars Jedi Fallen Order) in collaboration with Oculus Studios for Oculus VR devices.I haven’t spoken about it too much, but as an owner of the Oculus Quest, I’m a massive VR enthusiast. There’s still something really special about playing a game in virtual reality, and I’m so glad that we’re seeing more renowned franchises make its way over to the platform. Facebook is also continually updating its devices to introduce new features, which continue to improve the experience. 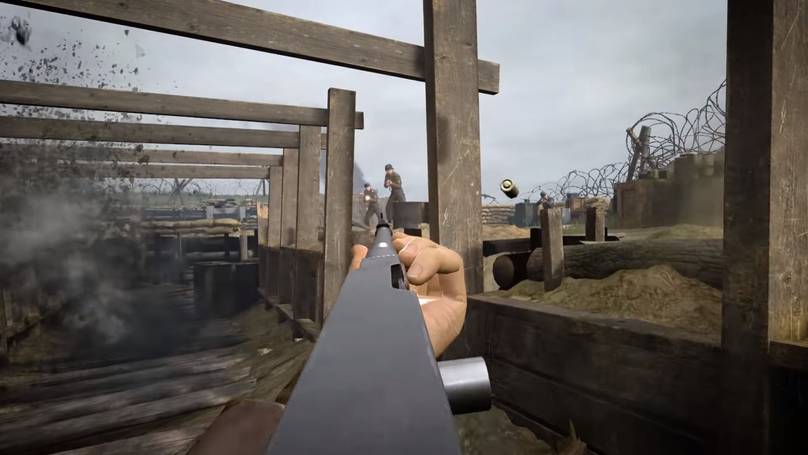 ​‘Medal Of Honor: Above And Beyond’ Wasn’t Originally A VR Game

Ahead of the game being shown off at Gamescom, we had a chance to talk to series veteran Peter Hirschmann, who is back to helm the series after more than 15 years away from the franchise.

THE GAME IS A FULL LENGTH TITLE

A lot of the people have this preconceived notion that all VR games are glorified tech demos, and for a while, that was definitely the case, but Medal of Honor: Above and Beyond is following in the foot steps of full-length AAA experiences such as Half Life Alyx and Asgard’s Wrath. The game has a 10 hour campaign that is comprised of 54 levels as well as a multiplayer portion, that we’re still yet to find out too much about. When asked about what it takes to create a full-length VR game, Hirschmann said: “When you pitch a 10 hour campaign (a little longer if you get all the collectibles, gallery stuff and all the other nooks and crannies), even forgetting multiplayer it’s a daunting, humongous massive undertaking and the goal for this game is that you’re going to a lot of new and different places and it changes from level to level. That’s a lot of world to build. That’s scary, but it’s also a delight. That was part of the vision. If we were going to do this, we were going to do this right, and not take shortcuts. We wanted to build each of these environments” continued Hirschmann.

IT STARTED AS A NON-VR TITLE

Above and Beyond marks the first new Medal Of honor franchise in nearly ten years. Whilst the title will be exclusive to the Oculus line of devices, it was actually originally in the very early stages of becoming a next-gen AAA title. “Vince (Zampella) called me about about four years ago and there was some talk internally at Respawn about it being time to revisit Medal of Honor with modern sensibilities, and a lot of us got our careers by starting to work on that game, so to come back 15-16 years later with everything that you’ve learned and the state of the art tools, and god it’d be fun to see what you can do. Serendipity being what it is, Oculus was knocking on Respawn’s door at the same time to see what we could do” said Hirschmann. “We were very early pre-production on exploring what is a next-gen Medal of Honor. What is a Medal of Honor with today’s pipeline and tools. We had a lot of the story planned out, and a lot of the aspirational features planned out. It was all on whiteboards and whiteboards are the best development tools in the world. It allowed us to go back to Oculus with a fairly well formed idea of what we wanted to do” continued Hirschmann.

ON WORKING WITH OCULUS STUDIOS

Some of the VR experiences have come from Oculus Studios. Games such as Asgard’s Warth and Stormland have paved the way for other AAA VR games. From speaking to Hirschmann about the experience, it’s not hard to see why.

“They’re (Oculus) the best production partner that I’ve ever worked with. Incredibly supportive, give great feedback, but know when to step back and they’re great about the fun coming out of iteration and seeing emergent moments appear” said Hirschmann. “We’ve been working on this a long time. This wasn’t a quick spit it out type situation. It’s been a real AAA development process and the production values to go with it and the time that it takes to build something of this scope, so they’ve been great. The insight they provide on their platform, their tools are great, the hardware is great, so it’s been a dream. It’s been such a unique experience to create this immersive world, that you can get lost in” continued Hirschmann.

THE BIGGEST CHALLENGE FOR VR IS COMFORT LEVELS

The one issue that I and many other people have with VR is the fact that some games are perfectly fine, and others make me nauseous almost instantly. It’s gotten better as time has gone on, but it’s also something that’s harder to navigate when the game is a full-length experience. “Everyone’s different and so it’s key to provide a really customisable set of comfort options. There’s moments in this game where you bail out of a plane that’s on fire. Some people are totally fine with that, but then you put them in the back of a German truck and they tell you to stop” said Hirschmann,

“When you’re developing mechanics, the key is to just to keep iterating and that’s the Respawn way. Respawn is a great place to develop a VR game, because iterating, testing and refining to get to the core fun of something, which is crucial when you’re developing on a platform as new as VR. continued Hirschmann.

THE GUNS ARE STILL THE CORE OF THE GAME

Medal of Honor was always about the grounded gunplay, and it’s no different here, with Hirschmann revealing that the team spent a significant amount of time on the gunplay for the first two years of development. “We spent the first two years of the project refining the gunplay loop and it varies per weapon, but ejecting the clip, grabbing a new one, putting it in and charging the weapon and whether it’s a pistol or a bolt action or an SMG, there’s a variation on that, but that 1, 2, 3 really became the bedrock of the weapon combat loop. When people play for the first time, that’s always what they respond to first” said Hirshmann.

“It adds a whole bunch of really interesting and fun variables to the moment to moment decisions that you have to make. You know that if you’re running low on a clip, you have to eject the one that in there and have another one ready to go” continued Hirschmann.

NO CUTSCENES KEEP YOU IMMERSED AT ALL TIMES

“We shot over 120 pages of narrative script, which is more than most feature films. We don’t have cutscenes or edits. Your head is the camera, so everything, all of the characters and all of the actors on set are always orientated towards you, so that builds an emotional connection and intimacy. The first time we got it working, it was wonderful, because when a character looks at you in the eye, you’re experiencing it in first-person as if you’re there, and that changes how you take the narrative.” said Hirschmann. This might not be the way that a lot of people wanted to see Medal of Honor return, but I definitely think that Respawn is on the right path. Everything that I’ve seen and heard about the game looks phenomenal, and VR is really coming into its own. The return of Medal of Honor combined the VR hitting its stride seem to have linked up at the perfect time.

Medal of Honor Above and Beyond is out exclusively on the Oculus Rift S and Oculus Quest (using Link) later this year.

A personal review of Half-Life Alyx

Making a VR Game with UE4 & Publishing It