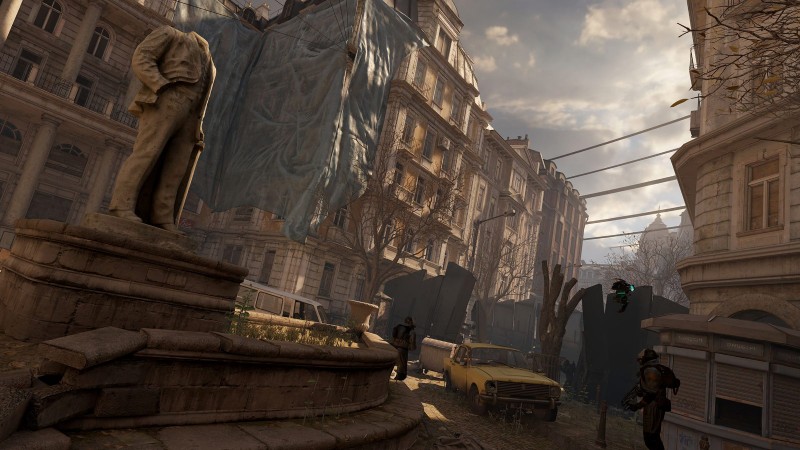 The Best Upcoming VR Games in 2021

Half-Life: Alyx Is Not Receiving the Mainstream Recognition It Deserves

Half-Life: Alyx, Valve’s surprise VR return to the series that established the company, has picked up a number of “Best in VR” awards from major establishments. However, most critics have overlooked it for more mainstream recognition, like FPS of the Year or the all-important Game of the Year, and in many cases it’s not even made the nominations. To some extent this is understandable. The December 2020 Steam hardware survey shows that Steam users with VR headsets still account for less than 2% of the overall Steam user base. And while Alyx has been optimized to run well on a number of different headsets, it requires a powerful PC, so it’s unclear how many of that 2% can actually run it. So why give mainstream recognition to a game that only an extreme minority of players can enjoy? Let’s start with the ideological reason. Half-Life: Alyx was supposed to be a “killer app” for a nascent platform, something that shifts VR headsets the way Halo shifted the original Xbox. And it did. Sales of VR headsets jumped dramatically following the surprise announcement of Alyx in November 2019. Even the Valve Index, with its $1000 price tag for the full system, sold out globally by January 2020, two months ahead of Alyx’s release.

More than merely a sales pitch for VR headsets, Half-Life: Alyx was also supposed to be a transformative moment for the games industry. It was meant to demonstrate that it is possible to tell an engaging full-length story in VR with AAA fidelity, interactivity, polish, and minimal discomfort. And it managed all of this as well. Even at the lowest graphical settings, the scale, attention to detail, and interactivity are jaw-dropping and free of motion sickness for the full 15-hour campaign.Valve has also released modding tools for Alyx, which is generating swathes of user-created content that is easily accessible through Steam Workshop, including some genuinely brilliant custom levels. This is a democratization of VR like we’ve not seen before, allowing users to tell their own VR stories with relative ease. Granted, it’s a democratization for the 2%, but it’s an important step forward in making VR content more accessible all the same. However, none of this is worth very much if Half-Life: Alyx is recognized only for its qualities as a VR game. By failing to acknowledge that Alyx can go toe to toe with non-VR titles, the industry is undermining Alyx’s potential. It’s hindering the exact thing that it was hoping Alyx would achieve – the move of VR games from the VR space into the mainstream. Indeed, given the tiny install base for VR, it is much easier to dismiss Alyx as “just another VR game” than it is to dismiss something like The Last of Us Part II as “just another action adventure game.”

Of course, ideological reasons can quickly turn to dogma. If Alyxis no good as a game, then what does it matter how nice it looks and feels, or how important it is for the industry? Why consider it for mainstream recognition if it’s just a glorified tech demo?

Thankfully, Half-Life: Alyxis an excellent game in its own right. The story is heavily backloaded, but it’s fascinating, with a provocative and possibly ingenious (I still haven’t made up my mind.) take on existing Half-Lifelore. And the game compensates for its slow start with brilliant world-building, art direction, characters, and more than a touch of Portal 2’s humor.

Alyx does make obvious concessions to VR that, in terms of scope, put it closer to Half-Life 2: Episode 1 or Half-Life: Opposing Force than to other games in the series. The Gravity Gloves place the majority of Alyx’s surroundings within comfortable reach, but they lack the punch of Gordon Freeman’s Gravity Gun. Combat encounters are limited to a handful of enemies at a time and focused on cover. And the game revels in variants of join-the-dot puzzles more than the physics-based fare we got accustomed to in Half-Life 2. But none of this hurts it. With the headset on, the combat and exploration feel visceral without being overwhelming and carry Valve’s trademark eye for balance and pacing.

And now that Valve is launching a new Half-Life game, of course, the web has gone crazy.

That does mean Half-Life: Alyx almost certainly would not translate well to a flat screen, but that is precisely the point: It is a VR exclusive attempting to prove a concept to a mainstream audience. As such, in its design, writing, and gameplay, it deserves to compete with the rest of them. In its grander ambitions, it needs to compete with the rest of them. Without that, I am not sure we will ever see VR leave its niche.

The Best Upcoming VR Games in 2021