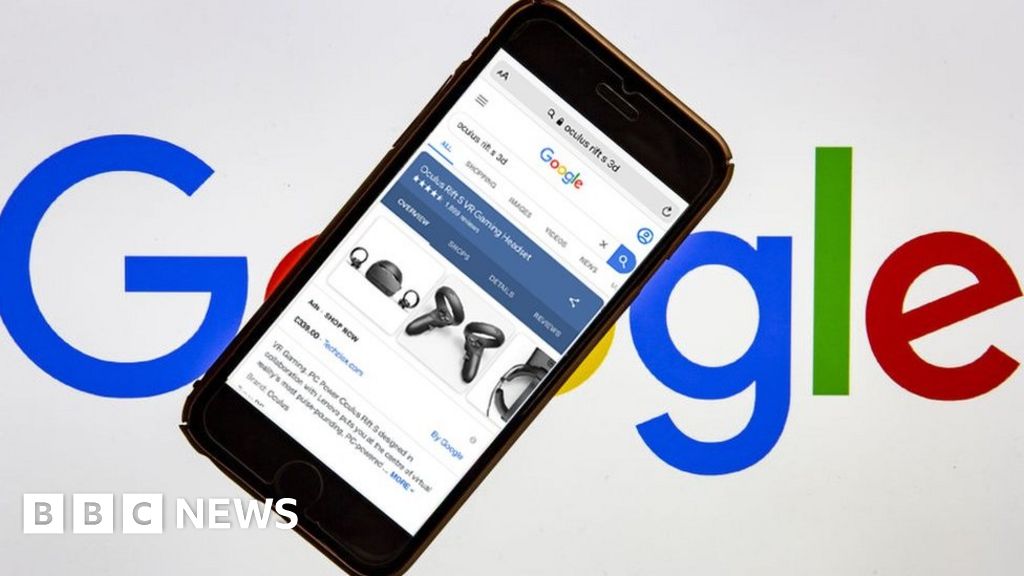 Rumblings in the Cloud Google Just Killed Smartphone VR, and Nobody Will Mourn it

Ekata Webinar | Tuesday, August 25th | 10am PDT Join us for our live webinar where Stacy Chen, Senior Product Marketing Manager at Ekata will discuss some of the challenges businesses are facing when it comes to identity verification and how Ekata can help with fraud risk assessments. Register Today! Google's domination of the online advertising market appears to have stalled since Amazon last year became the third-largest digital ad platform in the U.S. behind the Google-Facebook duopoly. Search ads -- a mainstay of Google's revenues in the United States -- are trending lower; but Amazon's and Facebook's digital ad revenues will grow, according to a recent forecast by eMarketer.

This may have driven Google to accelerate its push into e-commerce, focusing on what it calls the "messy middle" -- the space in the customer journey between what triggers the purchase and the actual purchase itself.

The key is to ensure brand presence, make their proposition compelling, and reduce the time between trigger and purchase, Google found.

"Anything that will remove the messy middle is key," Ray Wang, a principal analyst at Constellation Research, told the E-Commerce Times. "If I can get you to buy faster because you see a recommendation, a rating, a review, a seal of approval -- that's the first step. The second step is to be able to replicate Amazon's one-click purchase capabilities. Make it easy to buy now." Google "needs to monetize its advertising business with commerce in the long run," Wang said, because its ad business "is being chipped away by Amazon's digital ads based on product search and listings."

Google brings AR and Lens closer to the future of search

Google's latest e-commerce initiatives could play into the dissatisfaction some retailers harbor for Amazon.

"Retailers are looking for an alternative to Amazon," Wang said. Also, "they want to integrate commerce, advertising, search and even payments." 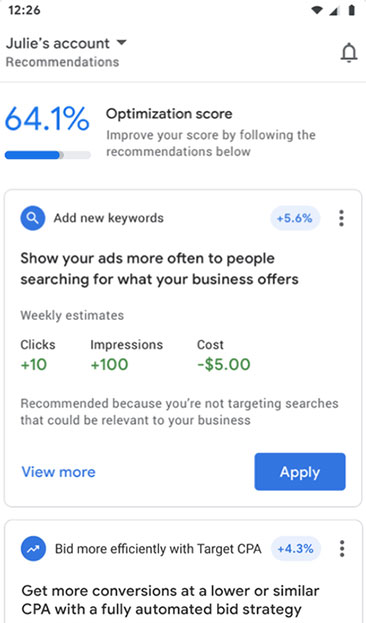 Google also announced new ways to showcase and augment the brand of businesses advertising with Google as well as those with an e-store on Google Shopping.

One is a beta program that lets businesses upload or automatically curate relevant images from their website to their Google search ads, using Google's machine learning capabilities.

Another feature lets businesses dynamically highlight sales or time-sensitive deals with a countdown. Google will also provide suggestions on shipping, returns, and how to promote online availability.

One is an icon to highlight features like free and fast shipping. This has increased conversion rates by nine percent, Google says.

Free and fast shipping "provides small businesses with the opportunity to compete with larger retailers," Adam Jones, director of business development at Logical Position, told the E-Commerce Times. "Seventy-seven percent of shoppers now indicate that reliable two-day shipping is the leading factor when completing a purchase." Logical Position is one of two ad management partners Google selected for a pilot run in October involving use of the "Free & Fast" icon. The other was Sales & Orders.

Dynamic ads show previous visitors to a retailer's site tailored messages containing products and services the visitors previously had viewed on the site.

The dynamic ads feature displays the retailer's business name and logo, and lets the retailer showcase the latest promotions and spotlight a single product.

A bid is the maximum amount an advertiser will pay for an ad to show in the search engine page results when a consumer conducts a Google Search. The actual position of an ad is calculated by the maximum bid times the quality score. The quality score is based on the ad's expected clickthrough rate, its relevance, and the landing page experience. The Smart Bidding offering evaluates relevant contextual signals during an auction such as time of day, device type and operating system, so retailers can target the right shopper.

Another new Google e-commerce feature is a conversion value for sales to new customers in their Smart Shopping campaigns. A conversion value helps retailers track, optimize and report on their return on ad spend.

Google has also released in beta its Recommendations AI to all customers. This tool adapts to changing consumer behavior in real time and suggests the next best product to recommend, using deep learning machine learning models. It can scale to catalogs of tens of millions of items, correct for bias with extremely popular or on-sale items, and better handle seasonality or items with sparse data. "Two out of three consumers now expect personalization," George Barker, Head of Marketing at personalization software company Qubit, which offers Google's Cloud Recommendations AI and works with brands such as Kate Spade, Estee Lauder, and Shiseido. The algorithms Google Recommendations AI uses were built using similar technology to Google Search and YouTube, "two of the most widely used tools on the Internet," Barker said. "Much like when you land on YouTube and somehow you're watching a video you never thought you'd find interesting, but do, those principles apply to e-commerce," Barker observed. "Rather than views, it's conversions."

Google is also launching a pilot program to do away with the commission it charges when consumers buy make purchases directly from search ads.

It will open its platform to other digital commerce providers, beginning with Shopify for inventory and order management, and both PayPal and Shopify for payment processing.

In addition, Google is enabling commonly used product feed formats so retailers can connect their inventories to sell directly on its platform without the need to reformat their data. The goal of this integration is to make it possible for a retailer who already sells on Amazon to more easily list their inventory on Google.

Later this year, Google will offer retailers a dynamically curated carousel of their most relevant products in an immersive, browsable shopping experience.

Sellers will also be able to include video content in their display ads.

The Struggle With Amazon

Google's move into e-commerce "is part of a longer-term strategy Google has to compete with Amazon in the e-commerce arena," Mark William Lewis, founder of Netalico Commerce, told the E-Commerce Times. Google "has always dabbled in e-commerce but in the past few years they've gotten more serious about it because so much of online ad revenue is from e-commerce brands."

The pandemic "has accelerated that strategy because e-commerce is growing significantly more than expected," Lewis observed.

However, Google "has an uphill battle because Amazon has such dominance on being essentially an e-commerce search engine that many people use it as their default place to search for a product," Lewis noted.

"Over time, though, if they curate an experience that's as good as, or better than, Amazon, I think merchants will be less likely to rely on Amazon and trust Google more and there could be a shift."

Getting to the point where the customer experience offered can match Amazon might be a problem, Rebecca Wettemann, principal at research and advisory firm Valoir, told the E-Commerce Times. "The challenge for Google is its attention span," she said. "If I had a dollar for every time Google said they were getting serious about something new, I'd have at least enough for a few large pizzas. Google doesn't have a good track record of sticking with its plans," Wettemann quipped. Webinar: Verifying Global Identities at Scale With so much identity data flying around online, fraudsters can easily impersonate your customers or create fake identities to exploit your business. On Aug 25 at 10am PDT, learn how Ekata data insights can help with fraud risk assessments. Register Today!

Rumblings in the Cloud

Google Just Killed Smartphone VR, and Nobody Will Mourn it