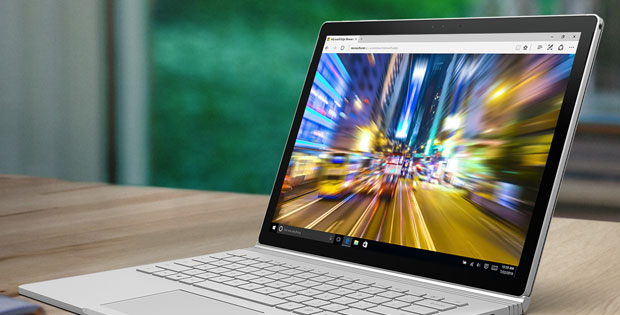 Hacker-Powered Security for Startups
You are laser-focused on building the best product, and growing fast without sacrificing quality. But growth can be crippled if customers sense a risk to their data. Learn how hyper-growth organizations like Sumo Logic, Flexport, and Alien Vault are accelerating innovation without compromising their product or security.

Rumors circulated this week that Microsoft will be replacing the core technology in its Edge browser for Windows 10 with Chromium, the open source software from Google that is the core of the Chrome browser.

Google's Blink -- the browser engine that is responsible for interpreting website coding and displaying it on a user's device -- will be basis of the new browser, codenamed "Anaheim," according to online reports first published by Windows Central.

Microsoft Edge, developed by Microsoft as a replacement for Internet Explorer, is now on Windows 10, Windows 10 Mobile and Xbox One devices. However, it does not run on older versions of the Windows operating system. It was designed as a lightweight Web browser that features a layout engine built around Web standards, as well as integration with Microsoft's assistant tool Cortana, annotation tools, and even a reading mode. 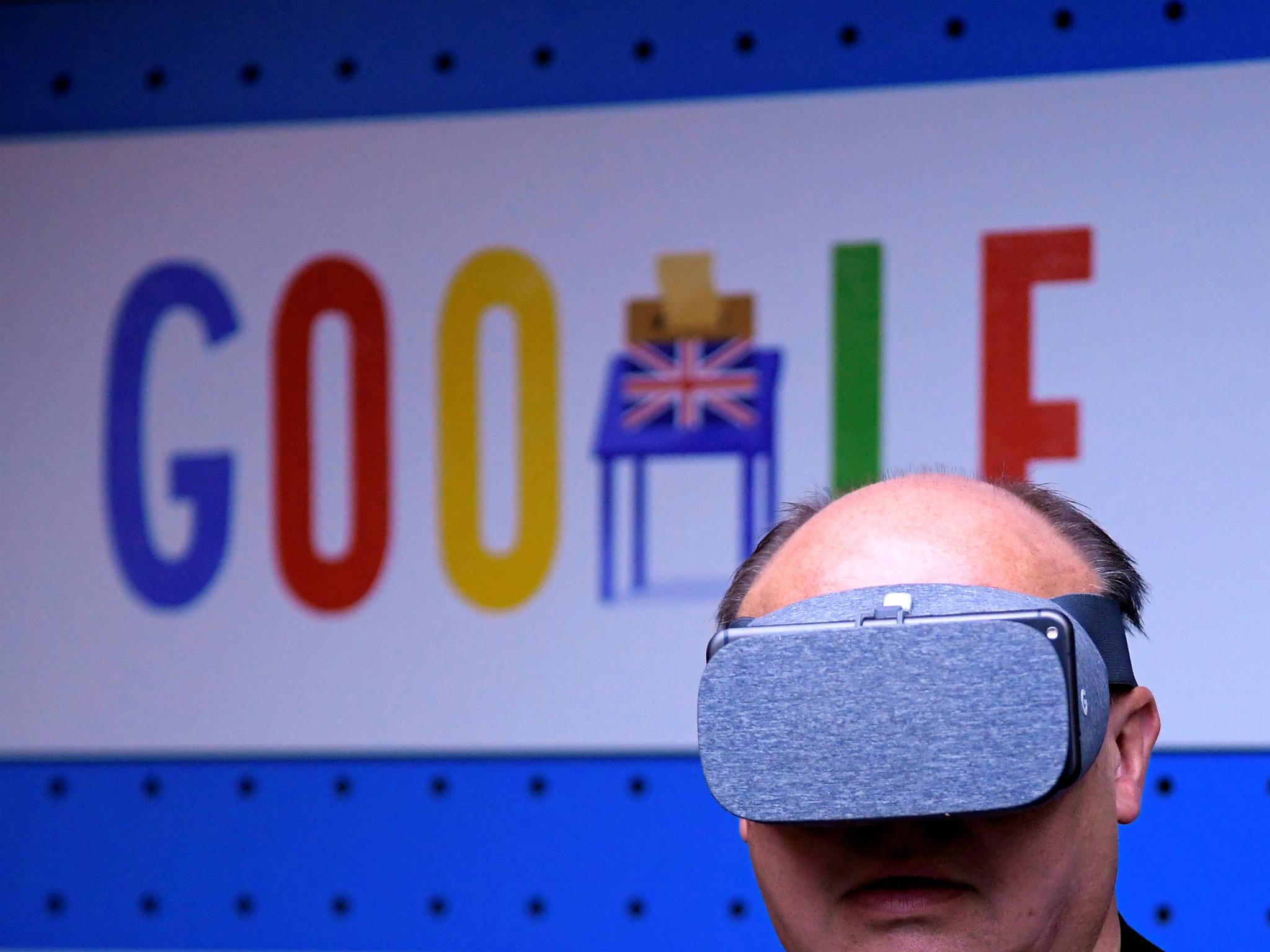 Despite the upgrades, Edge hasn't garnered much of an edge in the browser space, and it currently lags even Internet Explorer. One issue has been that Edge runs only on Windows 10 devices and the Xbox One, although Windows 7 is still widely used.

Microsoft in essence split market share between its own browsers, while losing ground overall to Chrome, which now has 62 percent of the market.

One of the strongest pros for Microsoft moving to a Chromium-based platform is that it would mean that Web developers no longer would have to worry about compatibility of sites across different browsers.

However, just as the Web community worried about a Microsoft monopoly when IE displaced Netscape, the same concerns could resurface over Google's dominance over Web creation and browsing tools.

There is little actual money or profit from browsers these days, which also highlights why Microsoft seemingly has let the market go, even after fighting so hard to control it.

"The issue with browsers is that they don't generate revenue directly and thus are treated like cost centers -- with resources cut over time," said Rob Enderle, principal analyst at the Enderle Group .

"That's how Microsoft lost their dominance. Because IT didn't generate revenue support and development was cut to the bone, it stopped advancing. User satisfaction cratered, and first Firefox and then Google stepped on them hard," he told TechNewsWorld.

"Edge bifurcated their market. IE effectively became legacy, with compatibility with IT apps but little else, and Edge was slated to move against Google's Chrome browser but with zero market share to start -- and still free, so marketing funding was well below what was needed for a displacement effort," Enderle added. "It also gave users a choice that Chrome users didn't have -- IE or Edge -- and people like simple."

The move away from IE now seems to be a major misstep for Microsoft, especially considering that Microsoft once faced antitrust investigations that stemmed from its browser being built into the Windows operating system.

"Microsoft's mistake was in changing both the user experience (UX) and the browser app extension APIs at the same time," said Paul Teich, principal analyst at LiftrCloud , a DoubleHorn service.

"Edge is arguably a better browser than IE," he TechNewsWorld, "but when you've built upyears of consumer UX expectations and you've got a strong third-party ecosystem of apps, why change everything at once?"

Mozilla has launched Firefox Reality, a mixed reality (MR) browser compatible with Viveport, Oculus and Daydream, to be designed from the ground up for standalone virtual and augmented reality. Features of the browser include voice-activated search, built-in private browsing, and resize capabilities.

Yet Microsoft was in a tough spot when it came to IE, noted Josh Crandall, principal analyst at Netpop Research .

"It's like that first car you want to hold onto as long as possible. It's got a lot of great memories, but it's not as fun to drive as your new car," he told TechNewsWorld. "So, it just sits in the driveway unless you need it as backup."

As a result, Microsoft's failure to secure its dominance allowed Chrome to surpass it, and that again was due simply to not investing in browser technology.

"Microsoft has an historic funding problem in that they fund to a level they want to spend, not a level that ensures success," suggested Enderle. "Microsoft, particularly Ballmer, felt that Microsoft could easily roll over Google, not realizing that the company had achieved critical mass, and instead of defending a dominant position, Microsoft had become a challenger again. The ease that they rolled over Netscape also likely led to a conclusion that resulted in underfunding."

Not a Better Browser

Instead of investing in and improving its browser, Microsoft went back to the drawing board and created Edge, and then limited its availability to its Windows 10 and Xbox One devices. Fragmentation of the market wasn't the only negative consequence. To date, the transition from IE to Edge hasn't been simple for Microsoft because the changes haven't materially improves on the user experience.

"The logos may be similar, but the interfaces aren't; users comfortable with IE don't find the switch to Edge intuitive, and change is hard," explained NetPop's Crandall.

"When users and partners both have to change what they are doing, they look for better options. Moving from IE to Edge meant they considered moving to Chrome, Firefox, etc., as well," suggested LiftrCloud's Teich.

"It really hurt Edge in that Microsoft-only browser apps have pretty much disappeared as app vendors diversified their browser platform support," he added.

"Use of Chrome had already caught on, and Google built considerable momentum even before Edge was released," said Crandall.

"Microsoft's adoption of Chrome as its browser standard is one more step on the road to being an online service provider rather than a software company," observed Stephen Blum, principal analyst at Tellus Venture Associates .

"It's leaning into its user base. By adopting Chrome as a standard for its own software, it can concentrate on building platforms that maximize the user experience and the functionality of its services," he told TechNewsWorld.

"The move is a logical follow-on to Microsoft's decision to drop the Windows mobile operating system in favor of Android. If you can't lead your customers, you need to follow them," added Blum.

With Microsoft utilizing Google's Chromium technology, it means that Microsoft and Google could work more closely together in the space rather than being adversarial. In the end, it could be a win-win and the basis for future partnerships.

"If Google Cloud really wants to catch up to AWS, they may have to partner with the No. 2 public cloud vendor, which is Microsoft Azure," he pointed out.

With Thomas Kurian now at the helm of Google Cloud, how this plays out will be worth watching, but "a partnership between Google Cloud and Azure will benefit both companies," said Teich.

"But first steps first," he cautioned. "If true, Microsoft moving from IE to Chromium will be a test run for both companies to get a little closer to each other."

One other significant aspect of this move is where it might leave Bing, Microsoft's search engine rival to Google's core search business. It was just six years ago that Microsoft compared Google Shopping to Ebenezer Scrooge in a "Don't Get Scroogled" campaign.

However, six years can feel like an eternity in the tech world -- and more importantly, these companies are very compartmentalized, so they can be partners in one segment and fierce rivals in another. Another consideration is that Bing isn't a serious threat to Google, and it's not a significant piece of the Microsoft ecosystem either.

"Bing as a search engine is probably more of a niche market product going forward," noted Teich, "as is Bing Maps, which has better prospects. Partnerships and ecosystem development need attention here."

However, Microsoft could be unwise to cast Bing aside.

"Bing was a Ballmer effort, and he doesn't run the company anymore -- but it is profitable, which makes it unlikely the firm will kill it," said Enderle.

"The browser is an important tool for computer use today, but even more meaningful are the applications that consumers access," Netpop Research's Crandall pointed out. "Microsoft needs to focus on Bing, as well as their other properties, to provide value for their users and affinity in return."

Newegg.com - A great place to buy computers, computer parts, electronics, software, accessories, and DVDs online. If you are reading this message, Please to reload this page.(Do not use your browser's "Refresh" button). Newegg.com - Computer Parts, Laptops, Electronics, HDTVs, Digital Cameras and More!