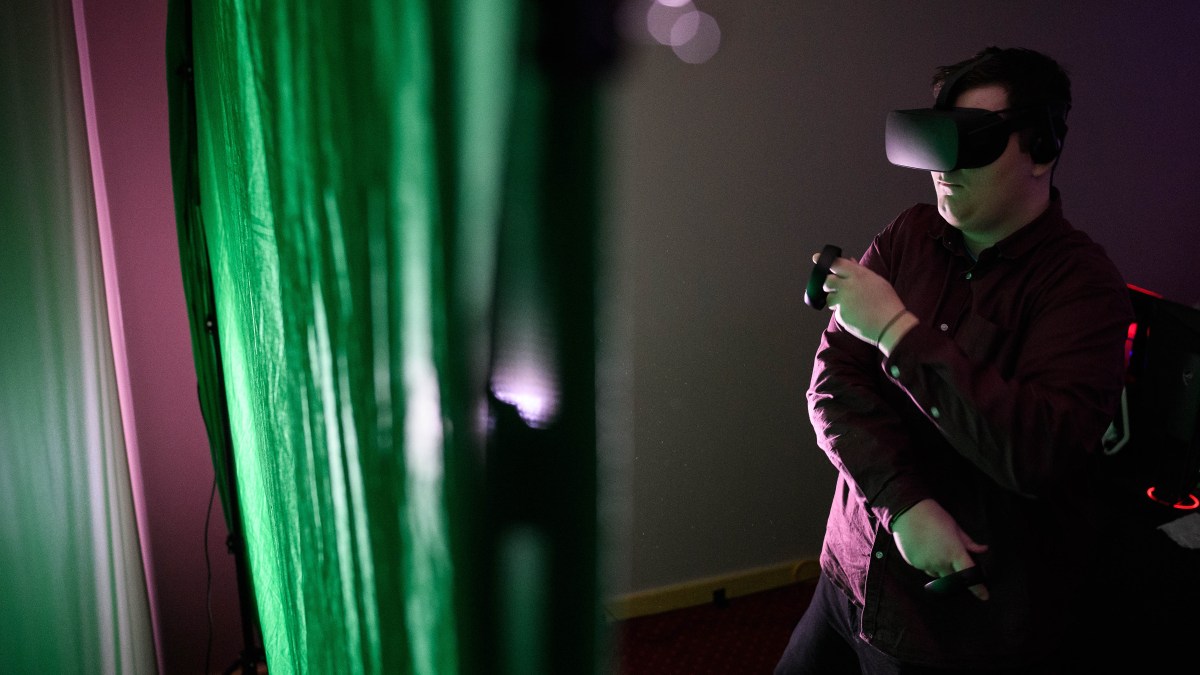 Not enough VR headsets to meet demand. Thanks / no thanks, COVID-19. 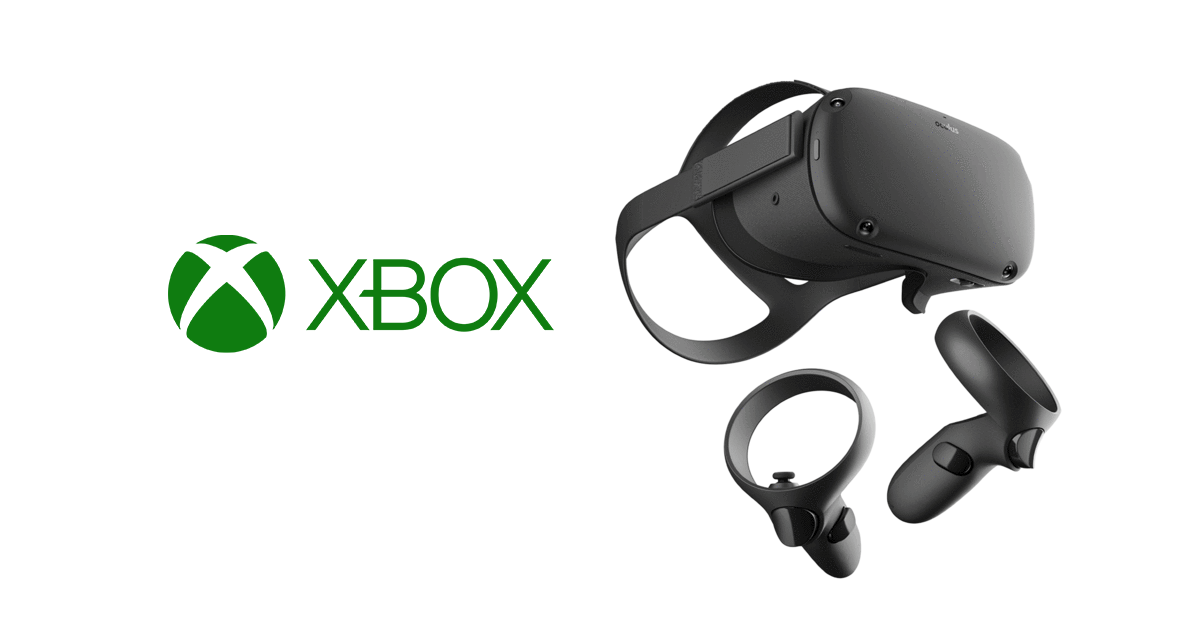 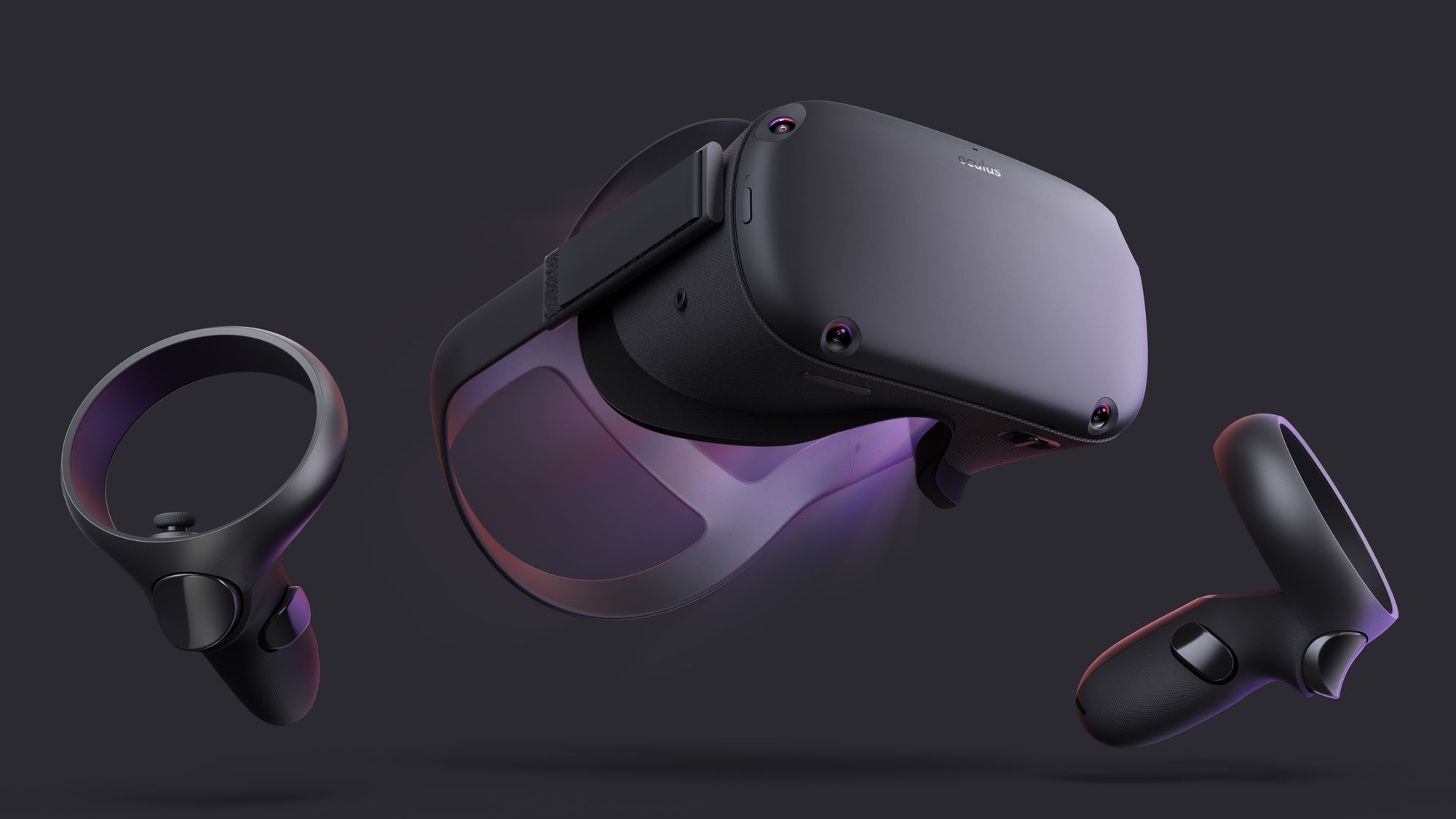 I moved my workspace to VR, here's what I learnt

Could The Pandemic Be Good For VR?

Let’s be honest, the year 2020 is probably not going to be recorded in the history books as one of the more pleasant time periods in human history. Civil unrest in various parts of the world is bad enough, but we also have an unprecedented global pandemic to contend with.

The advent of the novel coronavirus has rapidly changed the way we live and work. Businesses across the world have been pretty reluctant to shift their workers into a remote arrangement. There have always been some progressive tech companies that embrace remote work, but old-school managers still like to think that keeping people in an office from nine to five means that they are actually being productive.

Sony’s had some amazing reveals, but it’s skipping this year and PC VR developers haven’t really had anywhere to turn. We’ve been talking with developers about this since last year and, trust me, some of these reveals are going to be big.

Now with remote work and home lockdown being an enforced state of affairs, everyone has to deal with it. Sadly businesses and workers are ill-equipped for a totally remote way of life, but they are adapting. I think that one thin silver lining to the global pandemic may be greater adoption of VR and permanent changes to the status quo of how we live and work which will include VR in one form or another.

We’ve heard endless opinions about how much trouble modern VR is in thanks to relatively low sales. The fact is that VR is still just too pricey for most people to buy in. However that’s changing. Headsets like the Oculus Quest have lowered the bar for entry into VR significantly. Sure, $400 is still a lot of money, but with the quest that’s all you have to spend in terms of hardware. Since it’s a self-contained system.

Whether you’re looking to buy a Quest, a Valve Index or any of the major popular headset models, they all seem to be out of stock. Whenever they DO come back into stock, units sell out quickly.

While it’s no scientific test, I take this as a sign that VR headsets are suddenly looking much more attractive to a global population who have lost the freedom of movement we’ve taken for granted.

Remote Work Is The New Normal

As I write this, I am five months into lockdown. Millions of people all over the world are in a similar situation and there’s no sign that this is going to change any time soon. Even if an effective vaccine was approved today, it would still take a long time to roll it out to everyone who might need it.

Frooxius talks us about the development of amazing VR metaverse Neos

More importantly, now that so many organizations have shifted to remote work and have settled into it, moving back to having staff on premises might feel like more effort. Just when they have solved most of the problems of remote work and started reaping the benefits. It’s not hard to imagine that with pandemic restrictions lifted many places will just let their employees keep working from wherever. Especially if it has been saving them money or they have hired remote talent as part of the adaptation process.

No Single Person Invented Virtual Reality. Virtual reality enthusiasts can’t point to a single person who is responsible for the creation of VR. Instead, many people contributed to the technology’s growth. There are at least five people who can lay significant claim to the title: Morton Heilig, Jaron Lanier, Douglas Engelbart, Ivan Sutherland, and Myron Krueger.

The pandemic has forced everyone to make remote work, well, work. Why stop simply because the necessity is gone? As such, I expect remote work to be at least a part of the normal labor mix going ahead.

One of the big problems with remote work is that many people don’t have conducive work environments at home. It might be noisy during the day, they could lack space or some other distractions such as children can make it hard to be productive. Not to mention the psychological effects of having to see the same four walls ever day. In many places in the world right now, you can’t even step out your door to spend some time at a coffee shop or working in the park.

Can VR be a help here? There have been quite a few attempts at making a good virtual desktop experience. Some have been pretty great, while others really aren’t suitable for long periods of work. Personally, I have really enjoyed using Virtual Desktop on the Quest. Combined with a standing desk arrangement, it actually is pretty practical. Of course there’s nothing stopping you from using it seated as well, I’ve just been trying something new.

Similarly, there are now several meeting and collaboration applications for VR. Most of them support people with mixed hardware. Not everyone needs to be using a VR headset for one thing.

Collaboration software like Google Docs is great of course, but letting people spend time together in a virtual space is qualitatively different from the faceless interactions of more traditional apps. So it definitely has a place in the remote work mix.

Cabin Fever Is A Real Problem

Stepping away from the world of work for a moment, being cooped up at home is a real problem right now for many of us. I suspect that a lot of VR headset demand during this pandemic is simply an attempt at going somewhere other than your own house.

I can attest to this myself. Recently I have been putting the hours into Pro Putt Golf on the Quest and it definitely fools me into feeling like I’ve been outside in the sun. With the added bonus that you can’t get sunburn or heatstroke in VR.

Since very few people could afford the headsets and high-end computers needed for proper VR, we very quickly saw cheaper takes on the technology.The Quest is probably the best standalone VR headset you can buy, but that doesn’t mean it’s the one you should buy.

If the pandemic has indeed led to more people buying into one or another VR platform, then it also means those people are more likely to keep using it and to buy software even when the crisis has passed.

Looking On The Bright Side

The global pandemic is a major humanitarian and economic disaster. In the same way wars and other natural disasters can be. However, just as with other major events such as these, there are always some things that might benefit us in the long run. If remote work becomes more prevalent after the pandemic, we will see reduced pollution, less wastage on physical infrastructure and more freedom when it comes to choosing where to live. For VR, it might be one crisis that demonstrates how valuable this technology can be.

Not enough VR headsets to meet demand. Thanks / no thanks, COVID-19.

I moved my workspace to VR, here's what I learnt