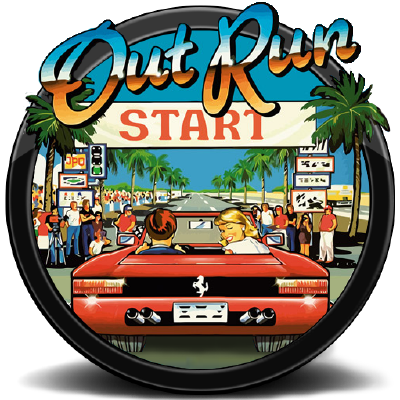 Valve’s monthly Steam Survey has long offered useful insight into the share of VR headsets in use on Steam. But the figures provided are relative to the non-static Steam population, which obfuscates the actual adoption trend of VR headsets on the platform. To demystify the data, Road to VR has developed a proprietary model which derives actual headset counts by correcting for Steam’s changing population. The latest data shows that monthly-connected VR headsets on Steam have surpassed 1 million for the first time.

Each month, Valve collects info from Steam users to determine some baseline statistics about what kind of hardware and software is used by the platform’s population, and to see how things are changing over time; that includes which VR headsets are connected to users’ computers. Participation in the survey is optional, and headsets aren’t counted if they aren’t powered on and recognized by Steam at the moment that the data is collected.

Data is captured over the course of the month, which tells us how many headsets were connected to users’ PCs over that time period; we call the resulting figure ‘monthly-connected headsets’ for clarity.

While Valve’s data has been a useful way see which headsets are most popular on Steam, the trend of monthly-connected headsets has always been obfuscated because the data points are exclusively given as percentages relative to Steam’s population—which itself is an unstated and constantly fluctuating figure. That is to say: even if the percent of headsets in use on Steam was static month after month, the actual number of headsets in use on Steam would still fluctuate in proportion to Steam’s changing user population.

Road to VR maintains a detailed log of VR data from the Steam Survey dating back to April 2016, the month that the first consumer VR headsets launched. With help from our friends at VR/AR intelligence firm Greenlight Insights, we’ve created a model based on the historical data, along with official data points directly from Valve and Steam, which corrects for Steam’s changing population to estimate the actual count—not the percent—of users on Steam with connected VR headsets.

January’s data is the fifth continuous month of gains in monthly-connected headsets on Steam, and the new record high on the platform, no doubt driven by the holiday sales season which saw numerous deals across headsets.

Worth noting about the results: we’re talking about monthly-connected headsets here, as the underlying Steam Survey data is a snapshot of activity for each month. In the case of VR headsets, that means that the figure we’re estimating is how many unique headsets are connected to Steam users’ PCs over the course of a given month; it’s the closest official data point we have to active headsets, but doesn’t tell us the extent to which those headsets are actually being used, nor does it tell us much about gross VR headset sales figures.

Furthermore, the Steam Survey comes from a sample of the user population, not a comprehensive census—though Valve maintains the data offers an accurate snapshot. And of course, these figures are only inclusive of Steam, and don’t offer a complete picture of activity on Oculus’ platform (or any insight at all on Sony’s PlayStation VR).

As for the close exponential fit—it’s not clear how long this trend will continue, but we can make a (naive) projection based on what we’re seeing today by drawing out the line. Doing so suggests some 2.15 million monthly-connected headsets by May 2020.

Of course this projection is purely drawing out the exponential line, and doesn’t attempt to account for an array of other factors: crucially, in a young market like VR, things like cost, new features, and innovative content (or lack thereof) stand to influence the trend in significant ways.

Looking at the latest Steam Survey data in detail for May 2019, we can see that the percent of the Steam population with connected headsets rose to 0.99% (+0.07%). That figure recently surpassed Steam’s Linux population for the first time; it would seem that the next big milestone for VR on Steam will be to surpass the OSX Steam population, which is still pretty far away at 3.26% of Steam users.

Virtual reality has been added to some theme park roller coasters since 2015.

Breaking down the share of headsets on Steam: the Oculus Rift had a better month than the rest, rising to 46.03% (+0.41%) of the monthly-connected headsets in May. This is likely due to the launch of the Rift S at the end of May, though it’s not a particularly large change in share, so it’s difficult to know whether or not the Rift S is being lumped into the ‘Oculus Rift’ data, or not being counted at all (the older Rift DK1 and DK2 dev kits are each reportedly separately). We’ve reached out to Valve for comment. Update: Valve has confirmed to Road to VR that Rift S is not accounted for in the May data. HTC’s Vive and Vive Pro dropped collectively to 42.21% (-0.38%). The Windows Mixed Reality gang finally saw the end of a year long streak of continuous growth, though only just, landing at 10.99% (-0.08%) of Steam headset share in May.

Even with the shifting share of headsets, all of these major players saw their highest total count of monthly-connected headsets on Steam in May, so good news for all.