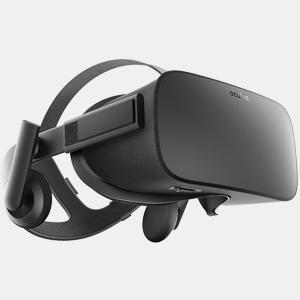 There's a rumor in circulation that Amazon has been working on a DVR that would allow users to record live TV, and then stream that content to a smartphone and other mobile devices.

Amazon aims to mount a direct challenge to DVR pioneer TiVo -- a company that was at the forefront of digital video recording 20 years ago -- according to a flurry of reports stemming from a Bloomberg article published earlier this week.

The Amazon DVR, reportedly codenamed "Frank," will work with Fire TV devices, but it is unclear if it will feature Amazon Prime Video streaming as well.

Amazon's Lab 126 research and development center -- the group behind the creation of the Echo speaker -- has been working on the DVR, according to Bloomberg.

Amazon isn't exactly late to this market, but its Fire TV products currently stream live content only from partners such as HBO via the Amazon Channels service. The Amazon Fire TV set-top boxes, which are among Amazon's best-selling products, are unable to record or otherwise store video locally. Nor can they stream content to another device, such as a mobile phone.

Offering devices with Alexa promises "an easy route to smart, connected experiences triggered by simple voice commands," he said, as well as "streamlining, if not elimination of, complicated setups. Meanwhile, home builder and car maker partners "get the cachet of having smart experiences within their [products]," Henschen said.

By adding DVR functionality, Amazon essentially could take on cable/satellite pay-TV services, providing the ability to record and location-shift content in a similar fashion.

Amazon's strategy could be to go after the growing "cord cutter" and "cord never" market -- individuals and households who opt not to have a pay-TV service, and instead get content from other sources, including streaming media.

"It's likely aimed primarily at cord cutters and cord nevers; both groups are growing quickly as users turn away from traditional TV and legacy delivery from pay-TV operators," said Jim O'Neill, principal analyst at Ooyala .

"But it's very likely that even users who have pay-TV in their homes are watching video from OTT providers and, depending upon where they get their broadband services, that a storage device would be worth having," he told TechNewsWorld.

"More than half of households that subscribe to pay-TV also subscribe to an SVOD service like Netflix, Hulu or Amazon Prime," added O'Neill. "If they want to keep content on hand, they very well may use the Amazon box."

The key missing piece to Amazon's strategy is where, exactly, users of its DVR would get content. While premium content could come via Amazon Channels, that still would leave the ability to access local content both figuratively and literally up in the air.

"One possibility is an antenna, which is actually an important source of TV for a minority of U.S. viewers," suggested Colin Dixon, principal analyst at nScreen Media .

"While there has been a slowdown in adoption, antennas picked up last year," he told TechNewsWorld.

Another possibility could be streaming of broadcast network content, including from local stations.

"We are seeing an uptick in the number of broadcasters -- local broadcasters -- who are making locally generated content available online, and we expect that number to accelerate," said O'Neill.

"You can watch CBS All Access through Amazon's Fire devices, so that content also is likely to be available to save; and Fox, ABC, and NBC all have an increasing amount of their programming online, so having the Amazon box likely would allow you to record and save that content," he added.

Another possibility is that Amazon could take the route of past products -- including some TiVo units as well as the now defunct Moxi box -- and utilize a cable card to replace a subscriber's traditional set-top box.

"I would actually be shocked if Amazon would support cable cards today," said Dixon. "That technology has been on the decline, and few TVs actually ship with a cable card slot, so cable card support is lukewarm at best."

Live content could come from online "channels" and other streaming services. Instead of providing another device that simply could be used to record traditional linear channels from pay-TV outlets, Amazon could pioneer a DVR service for streaming content.

"Over the past 18 months and longer we've seen a renaissance in live content, and a lot of that content is moving online with consumer habits," said Brett Sappington, senior director of research at Parks Associates .

"It isn't just traditional broadcasting but is Facebook Live and Periscope, and now Twitch is live-streaming content," he told TechNewsWorld.

"Amazon is getting rights to cover sports, which a few years ago would have been unthinkable -- so this just shows how the market is changing," Sappington added. "For a company that has online and cloud services, it makes sense for this live play."

Another unanswered question is where Amazon Prime Video will fit in, but it would seem like a natural extension. A DVR offering could allow Amazon to gain traction on Netflix, which has forged deals to be accessible not only through smart TVs and Blu-ray players, but more recently on pay-TV set-top boxes.

Amazon recently has been making headway in the latter category.

"A few weeks ago there was news that Amazon Video would launch on Comcast's Xfinity boxes," said Kristen Hanich, research analyst at Parks Associates.

"We've also seen that Apple is forming partnerships to act as a streaming media portal, and that is a direction Amazon might be going down as well," she told TechNewsWorld.

Such partnerships with streaming media services suggest that the pay-TV companies understand that the market has been changing in terms of how viewers get content, and it shows a willingness to accept that more people may forgo the cord in the future.

"This likely is not a short-term play for operators, although there may be some that begin to look at Amazon Prime Video as an alternative to offering their own pay-TV services, especially among Tier 2 and Tier 3 providers," said Ooyala's O'Neill.

"Offering a TV service is an expensive proposition, and some smaller telcos and cable companies have already opted out, choosing to focus on their broadband business," he added.

"Interestingly, Charter and Comcast, during their earnings calls or investor meetings in the past few months, also have chosen to direct more attention to their broadband businesses," noted O'Neill.

There are just far better margins in the broadband business than there are in the pay-TV business.

"So, could Amazon Prime be offered as an alternative to pay TV?" pondered O'Neill. "Absolutely. It already is the option millions of cord cutters and cord nevers have decided on."

Why Amazon is going after TiVo specifically is another question to consider, especially as other early DVR pioneers -- notably Replay TV -- have gone by the wayside. TiVo remains a significant player, but Amazon's strategy to take on that company is sort of like a new smart phone manufacturer wanting to target BlackBerry today.

"It is strange that Amazon would be thinking about TiVo," noted nScreen Media's Dixon.

"There are so many solutions out there already, and most pay-TV service operators have ways to watch content on mobile devices anyway," he said, "so I am not sure who Amazon is even targeting right now."

Perhaps the BlackBerry comparison is apt, as TiVo is no longer just a retail offering.

"Today TiVo's significant business is with pay-TV operators, including in Europe, where there are TiVo boxes that are a premium offering," said Parks Associates' Sappington.

"Today TiVo is almost a software player," he added, "but another comparison is how Roku had success as a set-top device but now they are in smart TVs and other things."

The DVR market has been a competitive one. While TiVo has endured, many rivals -- including Replay TV and Moxi -- have not been as lucky. Amazon's attempt to enter this market could be a risky one.

"The devil is really in the details, knowing that Amazon has been consistently launching products within areas it knows," noted Sappington.

"What we know is that it will be related to Fire TV and that it will have a strong online component, and we must remember that Amazon Video is already the second largest OTT service, so it makes sense that it will be part of this DVR," he suggested.

"Selling Amazon products has been a big part of its business model, but hardware can be tricky," remarked Sappington.

With built-in Freeview Play, this large 55-inch screen TV offers a wealth of live entertainment channels, meaning you can enjoy the latest shows on the from BBC iPlayer, Netflix and more.

Amazon also could follow TiVo's lead and have success in other markets, where DVR penetration isn't as high. However -- in the United States, at least -- the risks may not be worth the reward.

"Everyone enters with a splash, but there isn't news when you leave," Sappington noted. "In this case, Amazon doesn't need a home run to be successful -- even a single is fine. But if it fails, this will be obvious to everyone."