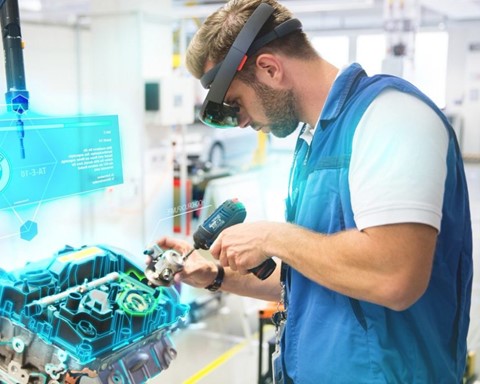 Virtual Reality in Higher Education: Why College and Universities Should Opt for VR Labs Pros and Cons of Using VR in Education Immersive Technology for Education: How Virtual Reality Will Change the Learning Process 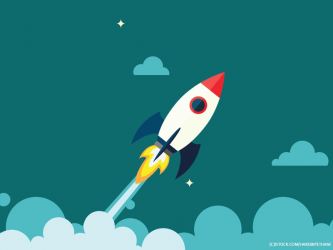 Comprehensive Glossary of the Most Frequently Used VR Terms

VR Is Dead (Again!)… No, Wait… Hang On… What About Enterprise VR?

Virtual reality has been used successfully for business applications for a while now. However, we are still witnessing innovations each year that will reflect positively on various industries – and that’s bringing VR to brand new milestones.

2021 is no different since the need for digital solutions is bigger than ever. We are already witnessing the formation of VR trends that will define 2021 and the future of virtual reality as a whole.

So, without further ado, let’s look at the most impactful VR trends that will continue to grow in 2021.

We’ll be taking a look at what VR actually is, and the virtual reality benefits you’ve probably never heard of.Stan World is a network built for “Stans” — where fans of artists and celebrities can come together to enjoy various activities like concerts in VR, all while engaging in an interactive experience with their friends and family.

1. VR in Training and Education (Accurate Learning Without Risk)

VR can aid professional development and learning by simulating real situations without the risks involved. One of the most prominent examples of this could be workplace safety.

Take a construction site as an example. Through VR technology, we can produce fantastic simulations that explain, explore, and define the hazards without actually exposing people to any risk.

The world of e-commerce is skyrocketing in popularity, especially during the pandemic. VR is already partly in the e-commerce and retail shopping world, but integrations promise to take this to the next level. We’re already seeing a fair amount of VR use in retail shopping , such as experiencing the dimensions, size, and features of products without actually having them on hand.

VR has been used for entertainment from the very start. However, this trend is booming, especially due to the COVID-19 pandemic. Since most people are stuck at home with nothing to do, a significant portion of them is looking at alternative ways to spend their time – and “remote reality” seems to be one of the most popular ways to do so.

Through the advent of VR technologies, people can escape into a brand new simulated world, explore all kinds of things, and entertain themselves without ever having to leave the comfort and safety of their own homes.

Oculus was acquired by Facebook, showing the possibility of integrated VR within the social platform. Since most of the people worldwide have moved from their office into their home, online cooperation has never been quite as important as it is now.

Through VR, we can significantly augment the quality of online interactions both in business and private dealings. VR has become a social norm, making it one of the leading innovations in digital cooperation.

As most of us are stuck at home due to the coronavirus pandemic, people are yearning for a vacation or any travel in general. In light of this, the travel industry has quickly adopted new technologies during the pandemic. One of those is VR used for experiencing places before actually booking them.

Exploring places before you book them is one of the best ways to experience them and prepare for what’s to come.

VR is soon going to support native advertising along with branded placements. More than a couple of companies have included VR support in their brand innovations, which means that the use of VR technology is on the rise, as is its application in many industries worldwide.

Most of the investments in VR come from the gaming industry. This trend will continue in the future – as gaming is one of the biggest use cases for virtual reality at the moment.

How VR Is Reshaping the Online Gaming Industry

Today, virtual reality promises to take online gaming to new heights as it delivers an immersive interactive experience to gamers around the world.Today’s technology and VR hardware allow players to dive into an immersive and fully personalized experience with a deeper level of engagement. Experiencing games in VR brings a brand new dimension to videogames and changes them fundamentally. More possibilities, opportunities, and a virtually unmatched immersion standard become a possibility when you combine the exciting world of gaming and the promising world of VR.

8. VR Reshaping the Automotive Industry (Self-Driving Cars are the Future)

The automotive industry has undergone a seismic shift in the past few years, and most of that is due to the innovation of technology. Aside from decreasing or eliminating carbon emissions, technological developments such as virtual reality have found a foothold in self-driving cars and other innovations in the automotive industry.

Self-driving cars will be a standard thing in the future, and VR technology is actively participating in helping these vehicles reach new heights.

Virtual reality is an exciting technological development, and the only thing that can make it better is AI . The combination of VR and AI applications is crucial for cybersecurity training, precision medicine, accessibility tools, remote collaboration, assistance, and many more things used by businesses daily.

10. Mixed Reality Headsets (AR and VR in One)

VR and AR technology have been working together to bring out the best in both, and one of the best examples of this merger is architecture. In architecture, these technologies are used for 3D visualization, creating interactive, life-like landscapes and designs before they create them. Furthermore, these two technologies go hand-in-hand with many applications.

Virtual reality technology will change the world as we know it, and while we’ve been seeing some use cases in the past few years, 2021 has already cemented itself as the year of VR. With so many developments, use cases, and applications – VR technology is blooming, and it shows no signs of stopping.

About the Guest Author(s) With years of experience as a content strategist and creator, Anita has a “super-power” of being a clear human voice for brands when talking to their audience. One of the projects she currently enjoys the most is being a content associate to EU Business School, where she's writing about business education, student life, and online learning.

This author does not have any more posts.

Virtual Reality in Higher Education: Why College and Universities Should Opt for VR Labs

Pros and Cons of Using VR in Education

Immersive Technology for Education: How Virtual Reality Will Change the Learning Process

Comprehensive Glossary of the Most Frequently Used VR Terms

VR Is Dead (Again!)… No, Wait… Hang On… What About Enterprise VR?